Public School Teachers: It's Time to Speak Up 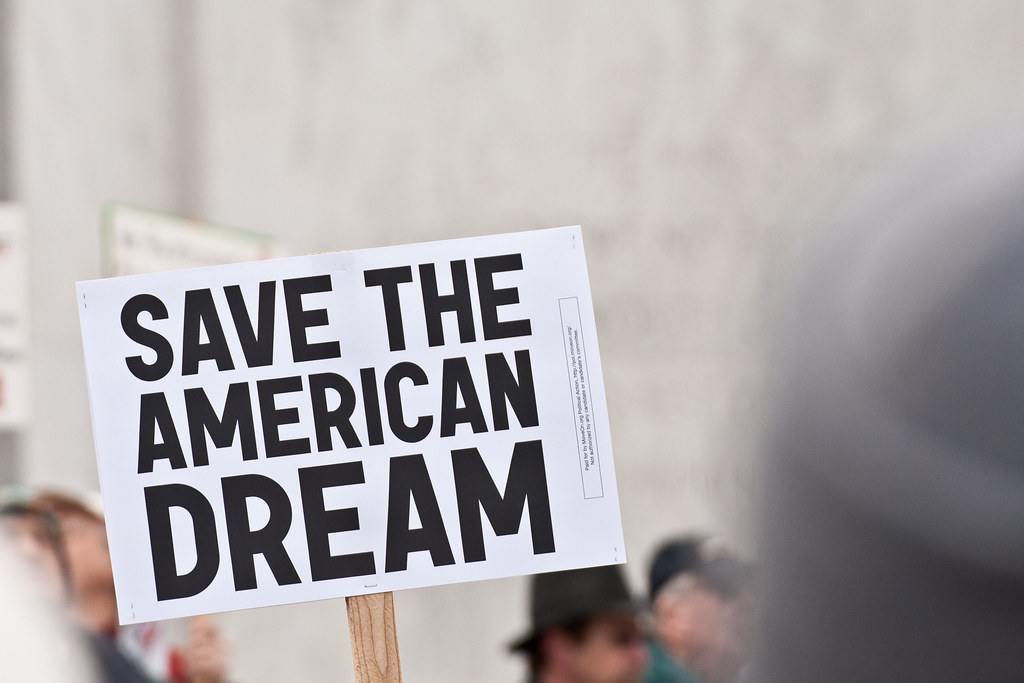 I'd like to make an argument that might sound self-serving, or even audacious, but which is actually quite defensible, and, I would argue, indisputable:

Public school teachers are the linchpin of the American Dream.

Some of you will stumble over the last part of the sentence, and think in your mind about all of the ways that the American Dream has felt like a myth throughout our country's history. Why even talk about an "American Dream" when there are so many examples of egregious inequality in the pages of American history? If that's your response then please take a moment to remember that you are reading a blog about teaching, and teaching is a profession that literally cannot exist without optimism, without hope that the future can be better.

So, now that I've parried any immediate reactions, let me make my case.

First, let me explain what I mean by the "American Dream." I am referring to the fairly remarkable idea that America can be a place where anyone, even a child born into the toughest of circumstances, has the opportunity to work hard and achieve great success.

The key here is the word "anyone." That's why public schools are so important. Some schools, many of them great schools, are only accessible to kids who win a lottery -- either a literal enrollment lottery, or the figurative lottery of being born into a family with a certain income level. Children in our society have a right to a place in their local public school, regardless of how much money their families have. In America, no one is guaranteed success, but everyone is guaranteed access to an education.

Now, how important is that education? I mean, we've got the internet now! Perhaps that eliminates the need for public schools. First off, the internet isn't free and access isn't universal. Secondly, while there are certainly cases of tech zillionaires who dropped out of college, the Mark Zuckerbergs of the world wouldn't have succeeded if they didn't know how to read; if they didn't know basic math skills. Public schools ensure every child learns to read and solve equations. And furthermore, those tech zillionaires are ushering in a world where computer literacy is an essential skill. Many children don't have the opportunity to use computers -- much less program them -- except in their public schools.

Put another way, without public schools, the American Dream is impossible.

Now, some of you reading this might be thinking that this post is making a rather obvious, almost quaint, point. It might be obvious, but it needs to be stated. Over and over again. Loudly.

Too often, we pretend like the American Dream is some kind of autonomous spirit that will always exist. It's not. It's an ideal our country came up with, and which will live and die based on the real-world policy decisions we make. If we don't support public schools, if we don't adequately fund them, if we don't revere them, then we will lose the American Dream.

Last week, I attended a conference of teacher leaders from across the State of South Dakota. One of the things we talked about was the lack of teacher voices in the public discourse. Our voices aren't heard because we don't always speak up for ourselves, and because our lawmakers rarely ask us for the view from the front lines. Why don't we speak up for ourselves? One reason is that we're extremely busy forming our next generation of leaders. But it's also because we don't feel like we should have to speak up. We're doing good work -- critically important work -- and it doesn't seem right that we should have to self-promote. Shouldn't people just respect us because the work we're doing is so obviously important? Yes, they should. But too many people don't. Or, at least, they say they do but they don't support policies that support us.

If we allow the dismantling of public education, we teachers can find other jobs and we can get by. But without a healthy public education system, what will our children do? How will the next generation achieve the American Dream? Maybe the better question is, to which country will they go to find opportunity?

Popular posts from this blog

June 18, 2019
There we were, me, my wife, and my two young children, one day out from a six-hour drive followed by a nine-hour overnight flight and a two-hour connection, operating on just one night of jet-lagged sleep, hiking through the cars of a Karlsruhe-bound InterCity Express train in search of the restaurant car.

We finally found it, and the menu was happily, gloriously German. Currywurst and eintopf and pancakes with applesauce, and, much to the kids' delight, there was apfel schorle to drink. Apfel schorle--apple spritzer--is the ingenious German combination of apple juice and sparkling water. Not only does it cut down the amount of sugar your kid ingests, but it's also much more fun than regular juice.

So I dust off my passable German and order auf Deutsch even though the cashier surely knows English. And as she hands me the bottles of schorle, she also hands me a pair of stemmed, glass goblets. For the kids.

You heard that right: Glass goblets from which the kids are to drink th…
Post a Comment
Read more

What Teachers Really Think About Summer

June 05, 2019
The lockers are all cleaned out. The certificates of achievement have all been printed and the yearbooks are stacked up and ready for distribution. Lesson plans have been replaced with Minute to Win It games. And candy. Oh boy, is there candy. Everywhere.

The last day of school is nothing if not festive. The tension that has been building up the past few weeks is finally released. The students worried about summer school have now pulled out passing grades. Teachers stressing over how to keep students engaged as the weather warms up now begin planning their own time basking in the sun. It's all sandals and sunglasses and smiles.

School's out for summer. Let the celebration begin! Amirite?

I can't speak for every teacher, but for me, the end of the school year brings very mixed feelings. Yes, a part of me is happy, but most of me is experiencing a complex combination of feelings and emotions. What follows are four things I feel when the final school bell rings: